If you can believe emojis, Russians are incredibly romantic... and perpetually cold. Our friends Down Under live in a land of indulgence. And the world as a whole is a generally happy place.

A new study by mobile communications company Swiftkey analyzes more than a billion pieces of data to get to understand the planet's love of emojis. The aptly titled Emoji Report provides a revealing look into Android and iOS users' texting habits. All of the emojis -- there are more than 800 -- were organized into 60 categories and then ranked from most to least popular. 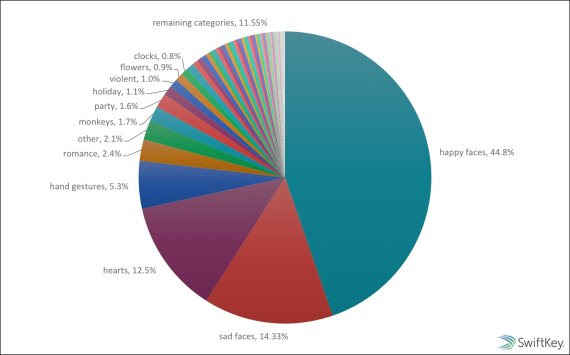 The statistics reveal some entertaining facts about localized emoji use. Canadians, for example, are fans of quite a few symbols more commonly associated with America -- including violent emojis, such as guns, and those researchers said indicated raunchy humor, such as the banana and peach. 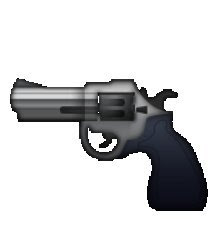 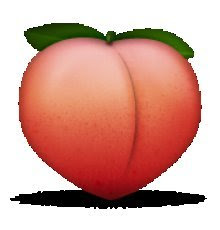 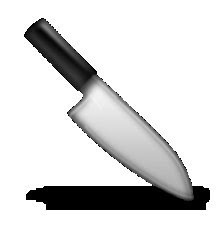 Australians apparently live quite a good life, as they use the most symbols indicating alcohol (twice the worldwide average), drugs (70 percent above average), holidays and junk food. 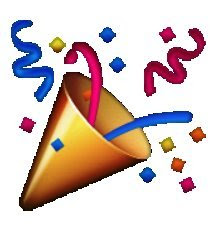 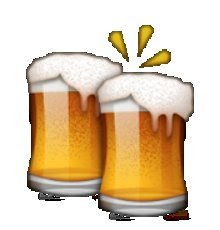 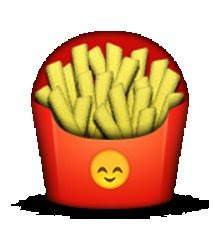 America leads the world in an assortment of categories, including meat, royalty, "female-oriented" -- which includes symbols for makeup and women's clothing -- and LGBT emojis. Oh, and the country has a particular proclivity for the eggplant icon. 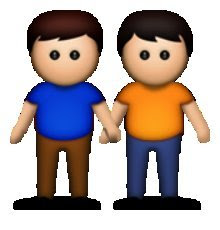 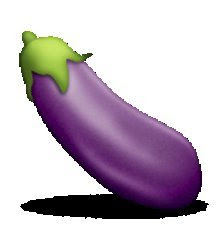 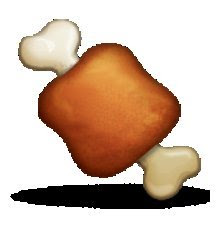 Russians opt for cold weather emojis like the snowflake, and use three times as many romantic emojis than the worldwide average. And the French? Stereotypes hold up, apparently, as they often go for hearts and wedding icons. 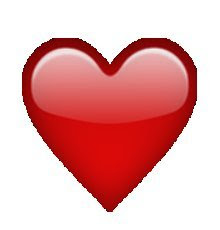 Due to the vast number of emojis, usage rates for individual symbols are often quite low -- some symbols are used less than 0.5 percent of the time. Swiftkey aggregated the data from their anonymized Cloud database.

Emoji use has been linked to such things as a more active sex life and a decline in "deep meaningful conversations." But regardless of possible side effects, we use them a lot. A 2013 survey found 74 percent of Americans and 82 percent of people in China have sent an emoji.

"We’ve stumbled on whole new confusing ways to communicate with each other, so we’ve been given a whole new vocabulary to say 'I’m laughing,' or 'joy,' or 'Well done,' New York magazine's Adam Sternbergh wrote in November. "This new way will not replace all the old ways, but it can augment them and help us muddle through."

You can take a look at all of the findings here.

-- This feed and its contents are the property of The Huffington Post, and use is subject to our terms. It may be used for personal consumption, but may not be distributed on a website.