Woman Finds Bloody Tooth (Not Her Own) In Bag Of Cashews 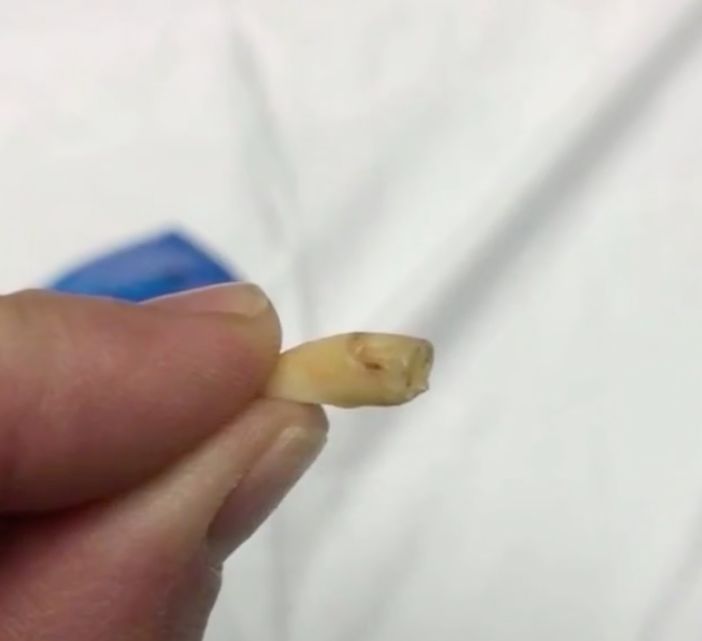 It’s enough to make anyone go nuts: finding a bloody tooth in a bag of cashews.

That’s what a woman in Ravenna, Ohio, claimed happened one night last month while she was munching cashews as she drove in her car with her mom.

Nickolette Botsford said she suddenly felt something hard in her mouth.

She said she picked out the hard piece and gave it to her mother, who turned on the interior light to examine it. The two were shocked to see what appeared to be a human tooth.

“I got very upset, I was crying, I threw up two or three times,” Botsford told local station WOIO-TV.

A hospital confirmed the object was a human tooth, Botsford said, and noted a spot of dried blood on it.

Botsford was treated for exposure to blood or bodily fluids.

She reached out numerous times to Kraft Heinz Co., whose Planters subsidiary marketed Botsford’s cashews, according to the New York Post. The company finally responded to her queries and sent a courier to pick up the tooth.

Kraft Heinz officials told The Associated Press on Tuesday that the item Botsford sent was indeed a “foreign object,” but wouldn’t confirm it as a tooth. The company said it was investigating suppliers and the manufacturing process.