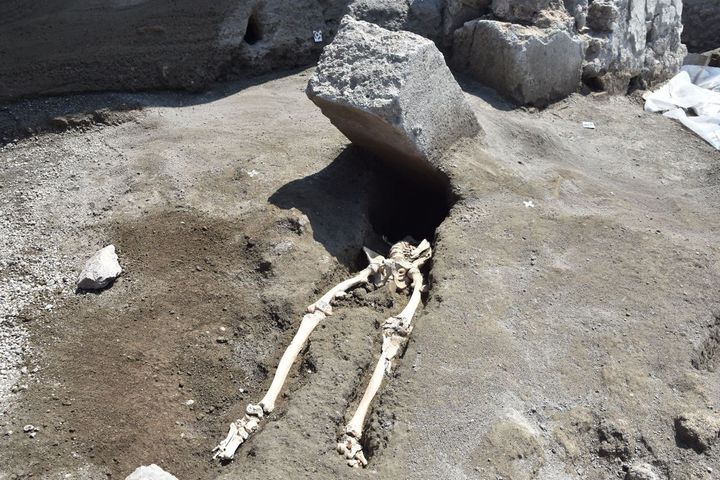 The remains of a man trying to escape the volcanic eruption of Mount Vesuvius nearly 2,000 years ago were found in Pompeii, Italy, this week, and the photographs have become a meme.

Why would people do this? Because the internet is a bad place.

Archaeologists believe the man was fleeing to safety, having managed to escape the first volcanic eruption, but was subsequently crushed by a large stone in the process. They believe the stone was a door jamb, according to USA Today.

Additionally, archaeologists believe the man was around 35-years-old and suffering from a bone infection. His head has not yet been found.

As for what people are saying about this ancient marvel on Twitter, well, we’ll let you read for yourself:

If the poor guy hadn’t already been dead, we’d have said these memes would’ve surely done the job.