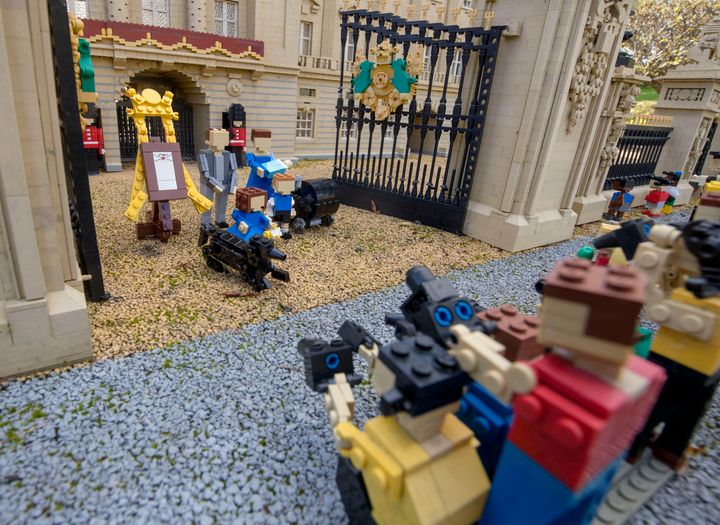 Just days after the Duke and Duchess of Cambridge welcomed their new son into the world, the royal baby has made his Lego debut.

Legoland Windsor Resort ― which happens to be located near the residence of the infant’s great-grandmother, Queen Elizabeth ― has welcomed the royal family’s Lego counterparts to the park’s Miniland attraction.

The brickture-perfect model shows father William and mother Catherine holding the newborn prince, along with their first two children, Princess Charlotte and Prince George, in front of a Lego recreation of Buckingham Palace.

Of course, no depiction of the royal family would be complete without Lego paparazzi snapping pictures, so they were included as well.

See more photos of the Lego royals with their brick babe below: