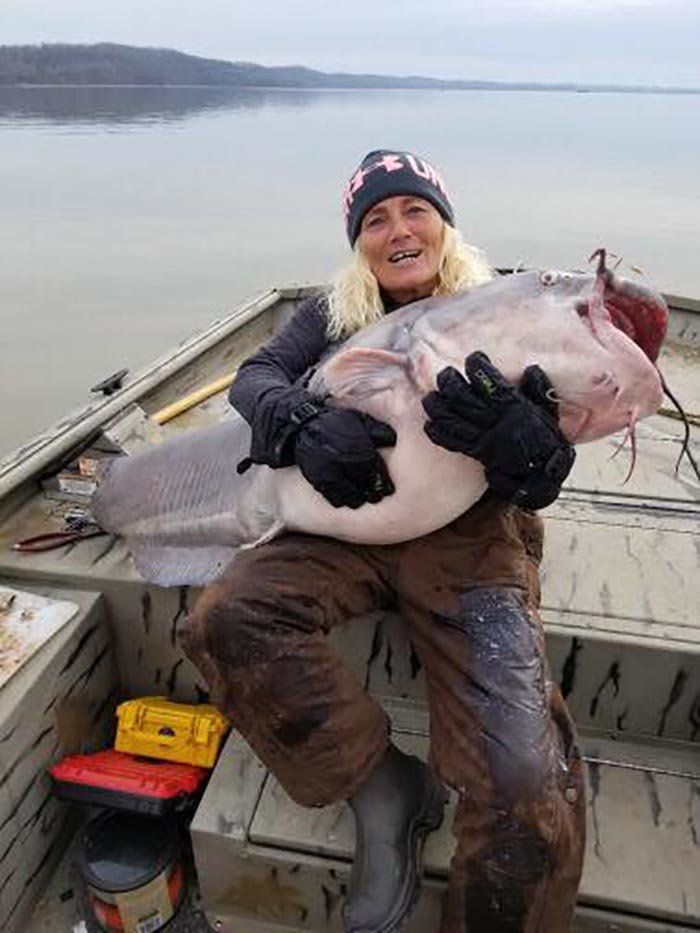 Paula Cathey Smith caught a whopper ― and she earned it.

The angler posted a nearly 12-minute video last weekend of her reeling in a huge catfish dubbed a “River Monster” by the Tennessee Wildlife Resources Agency.

Smith hooked the 88-pound blue catfish in Kentucky Lake, which borders Kentucky and Tennessee. The experience was “awesome,” she told HuffPost on Thursday.

Smith told the Tennessean that as soon as she dipped a fresh gizzard into the water, it bit.

“I never in my life seen a fish this big,” said Smith, who later released the fish.

The fish is Smith’s personal best in terms of weight, the Tennessee agency wrote, but she has her eye on a bigger catch.

H/T For The Win