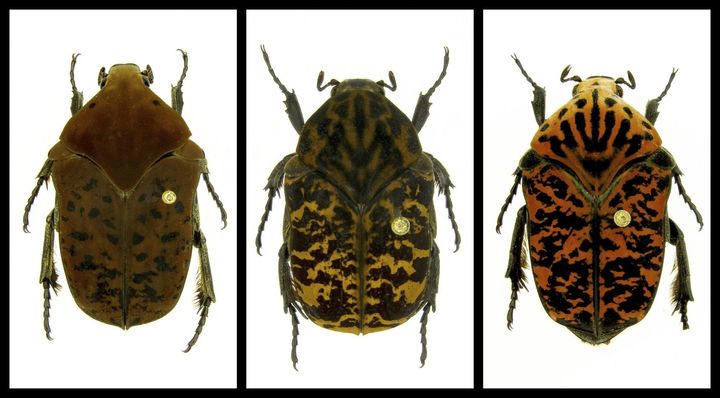 Winter is coming ... even to the insect world.

The final season of “Game Of Thrones” won’t premiere until April, but an entomologist in Nebraska is already helping to hype the show.

University of Nebraska-Lincoln entomologist Brett Ratcliffe has named three beetles he discovered after dragons from the HBO series: Drogon, Rhaegal and Viserion, according to the Omaha World-Herald.

Each of the beetles is from the genus Gymnetis, and their homage to the GoT dragon names have been Latinized to drogoni, rhaegali and viserioni.

All of the beetles have orange features that reminded Ratcliffe of fire. Both drogoni and viserioni are native to Colombia and Ecuador, while rhaegali is found only in French Guiana.

Although Ratcliffe is a “Game Of Thrones” fan, the names were chosen to draw attention to biodiversity.

“When you create names like these, you do it to gain a little bit of notoriety and bring public attention to it,” Ratcliffe said, according to The Associated Press. “We’re still discovering life on Earth. One of every four living things on Earth is a beetle. We haven’t discovered them all. We’re not even close.”

Ratcliffe has named more than 200 species of scarab beetles in his career and has often given them very creative names.

In 1976, he gave a beetle with long pincers the name Strategus longichomperus, or the “long-chomper,” according to Nebraska’s Lincoln Journal-Star newspaper.

In 1992, he called a new species of June bug Cyclocephala nodanotherwon: not another one.